A decade…ten years shared with thousands of couples from all around the world, making the process of planning a wedding more comfortable, more engaging, and simply easier. But they have also been ten years spent inspiring, showing the newest trends and the best ideas to ensure that one of the most important days in the lives of so many is perfect. Ten years putting thousands of service providers and couples in need of help together. Ten years offering our service of wedding lists, and making thousands of online wedding pages which guests can always find and use with ease.

Zankyou was born with the aim of creating a wedding site which would adapt to the needs of our generation, and which would help couples all around the world to easily organise the wedding that they have always wanted. We are the wedding portal for 21st century couples, those who are the most connected, the most international, and those who thrive on being loyal to themselves, and want a day that reflects who they are.

We began in 2008, launching in six countries: Spain, France, Italy, Germany, Portugal, and the United Kingdom. Only a year after, we created Zankyou in the United States, and in 2010 we continued betting on our growth, and opened in other European countries such as Switzerland, Austria, and Belgium, but also in Latin America, creating sites in Brazil, Mexico and Colombia. 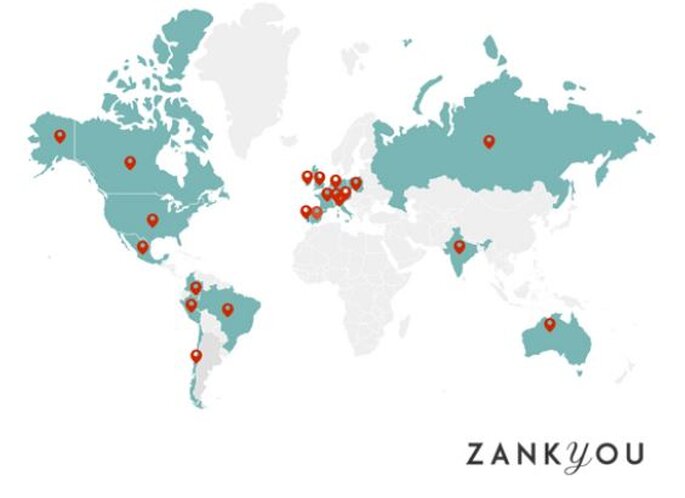 A mere three years later, in 2013 we launched in Poland and Holland, and in 2015, Russia. Only a year after this, we expanded to countries like Australia, Canada and India – the latter a very unique country compared to the rest, where weddings are much more colourful, original, and with many more guests.

We are leaders in Europe and Latin America, with more than 350,000 couples registered in 23 countries every year, and more than 50 million annual visits. A wedding portal that offers a directory with a vast selection of providers, an online magazine which is the most read in the wedding world, and a series of perfect tools to help organise your day, such as wedding lists,   the wedding site, a virtual wedding planner, “save the date” cards and reminders, table placements, RSVP etcetera. And all of this as easily accessible online as on the App.

And behind all of these facts is the team that makes it possible. A team led by its two founders, Guillermo Fernández-Riba and Javier Calleja, which has continued growing year after year. Some have been here since the first day – others have departed, having left an indelible footprint on the project. There have been new starters practically every month, allowing us to continue growing more and more every year. 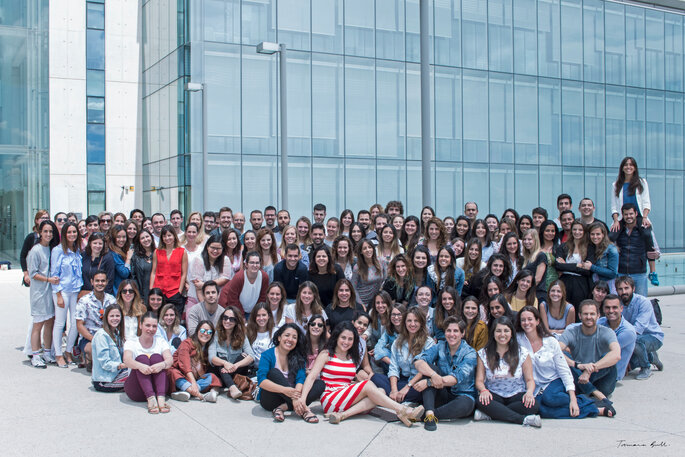 Now there are more than 200 people spread out between our official headquarters in Madrid and the rest of the offices around the world. A young, international team, which speaks more than ten different languages and who have found a family within Zankyou, and a perfect space to give the imagination free reign, and gain the benefits of being a part of a very special project, where all ideas are welcome, whoever they come from.

Thank you for being here

And these ten years would not have been possible without each and every one of the couples and vendors that have joined us in this past decade. Brides and grooms from all over the world who search for ideas, advice, inspiration, and the enterprises that make the wedding of their dreams a reality. We especially thank the readers of the magazine who follow us on social media, and read our articles on every kind of wedding-related theme: fashion, trips, organisation, catering, flowers etc… 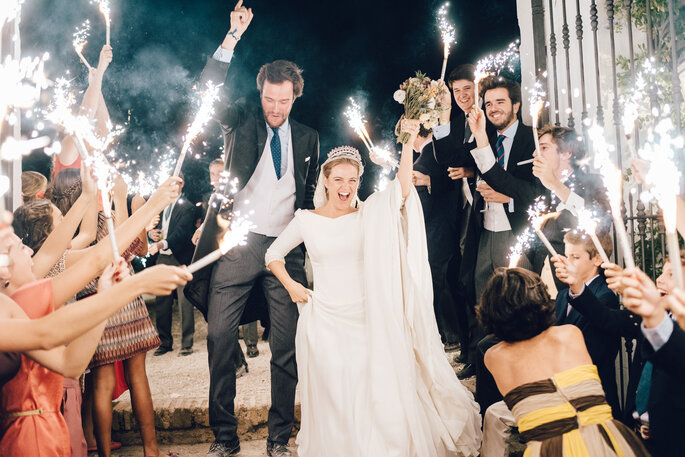 And of course, our greatest thanks to each and every one of the companies that has invested in Zankyou, who form a part of our directories, and who every day help to make thousands of couples’ dream wedding a reality. Without you…Zankyou would not have gotten to where it is today.

Thank you to each and every one of you who has made it possible for us to grow together!

Events
21-Aug-2018
Zankyou India and Runway Rising team up for their annual show on the 4th of April 2018. Here's a low down on the lady behind the show and she tell us what you can expect to fill your trousseau trunks with!
16

All About Neeta Lulla's S/S 2018 Collection And Her New Flagship Store In Delhi!

Events
17-Aug-2018
From sumptuous fabrics to dramatic silhouettes to embellished drapes, the collection underscores the flawlessness of the quintessence of beauty. Have a look at her magnificent pastel collection!

My Bestfriend and Me Collaborate with Zankyou For Their Delhi Show

Events
26-Mar-2018
My Best Friend & Me is one of the most sought-after retail exhibitions in New Delhi, hosting two main events in March and August every year. With the event around the corner on the 30th of March, we thought we’d give you the low down on the husband and wife who organise the show and the trendy designers you can fill your closet with. 30th March 2018, The Lalit New Delhi. 11 AM to 8 PM.

Events
14-Mar-2018
Breaking News: Stephen Hawking, dies at the age of 76 at his home in Cambridge. Take a trip down memory lane and read his story of love.

Events
04-Apr-2017
ZIWA: Zankyou International Wedding Awards. This is the event that celebrates the best wedding industry professionals in India. See who was voted for as the best wedding vendor in your city.